This press was made by George Penman in 1857, early pioneer in the Mohawk Valley, and was last used in 1887. Baled hay allowed a greater payload per wagon than loose hay. Hay was stuffed into the box at the bottom of the press and enclosed. Animals, hitched to 4 wooden arms extending from the windlass at the top, turned the screw. A wooden plate at the screw's lower end compressed the hay, forming a bale weighing 250 to 300 pounds, which was secured with twine or baling wire.

Horses consumed about 30 pounds of hay per day in three feedings, plus another 30 pounds of grain. A team of 10 horses consumed 300 pounds or about a bale per day, so it was crucial to carry the hay in bales, which took less space than loose hay. Records of a hay transaction in Penn Valley in the 1850's indicate a price of ten cents per pound. As is still true today, the price of fuel was a large part of the cost of transportation. 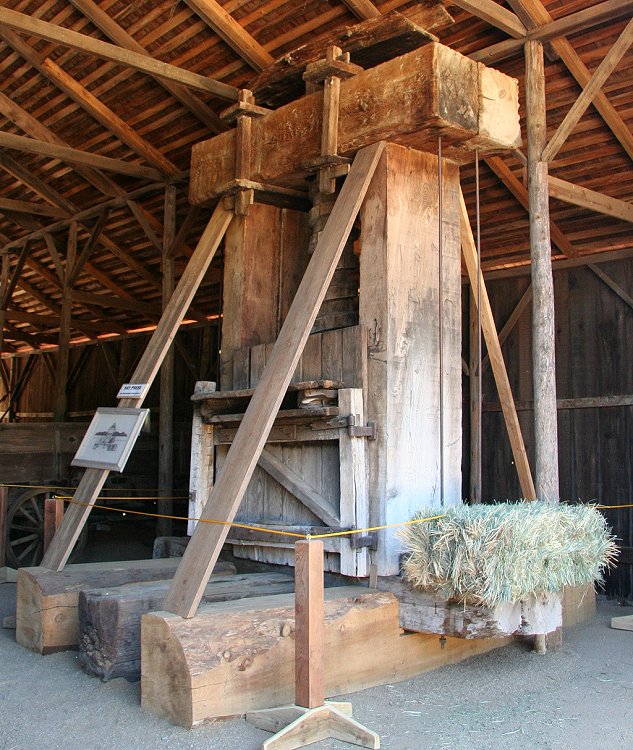 Hay was put into the box at the bottom of the press and enclosed by the hinged door. 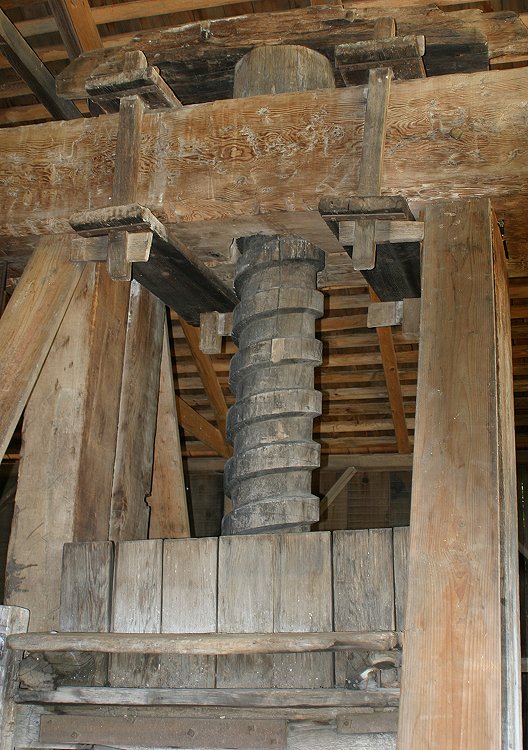 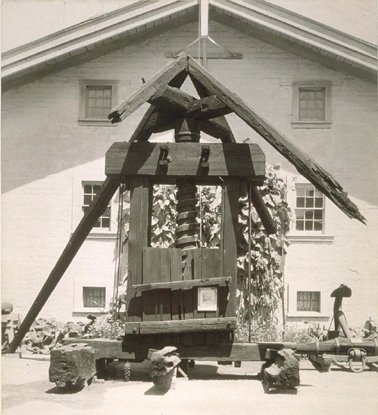 A similar press which still has its headworks and part of its four arms for the horses. 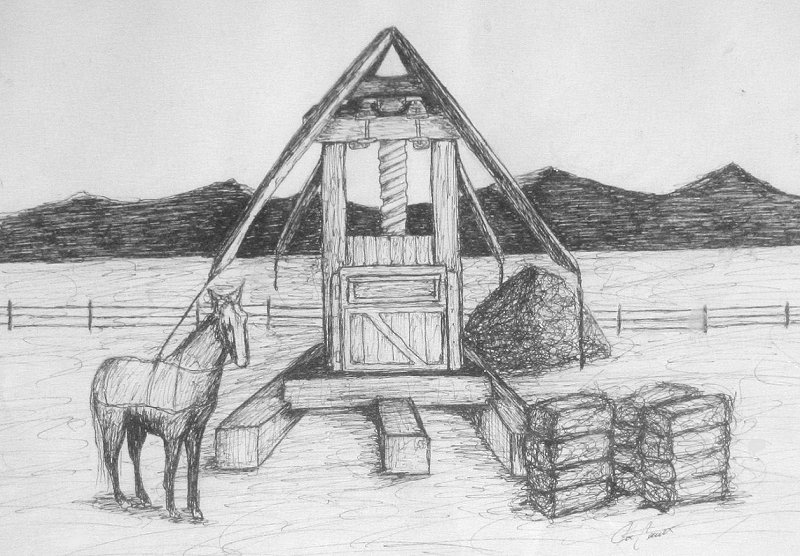 This sketch by Joe Cerutti illustrates operation of the hay press.